THE THIN LINE between propaganda and fake news: a blog post

THE THIN LINE between propaganda and fake news: a blog post

On a cold day in November, we enjoyed Dylan Wray’s plenary seminar: THE THIN LINE between propaganda and fake news. Attendees joined in from across the globe; spanning Vietnam to Turkey, Norway to Portugal, Albania to Canada, Croatia to Denmark and Slovakia! Dylan’s presentation set the tone for the thematic webinar: Fake & Real, as webinar series on Propaganda and Fake News, which was organised in collaboration with the House of European History. 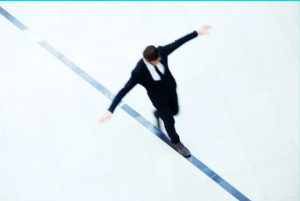 As any good plenary does, we began with defining some crucial terms, such as ‘Fake News’ and ‘Disinformation’. Dylan then took a turn to the secret power of history teachers: how they are equipped to instil skills in their students that will help them determine the credibility of sources and news. Lastly this blog post also includes several resources on the subject, for further reading.

Please note that if you are interested in what you have read here as a little taster, the plenary session of Dylan Wray has been recorded and published over on our YouTube channel.

Before embarking on such a topic or presentation, it is important to clarify and define the terms which dominate the debate. Both the terms propaganda and fake news are heavily loaded and mean slightly different things to everyone. But aiming to provide a neutral stance, Dylan opted for the following definitions:

PROPAGANDA: The selective use of information for political effect.

FAKE NEWS: News stories that are false, fabricated, have no verifiable facts or sources (note this definition is not entirely sufficient). 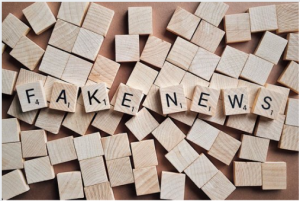 Whilst these are the most-used terms, at least when it comes to journalism and the news scene, it is perhaps more useful to think about propaganda and fake news in different terms. The following terms below are somewhat more appropriate for history education and also help to perceive how these phenomena have existed far before they became well known under the above-mentioned names.

DISINFORMATION: false information shared intentionally to cause harm or to deceive.

MISINFORMATION: false or misleading information shared not necessarily with the intention of causing harm.

Despite the overlap between the two terms, they highlight a crucial distinction: that the spreading of incorrect information is not always maliciously done, as is the case with ‘misinformation.’

Amongst many examples Dylan used to illustrate the terms, he mentioned that certain media outlets had created Fake News about Hillary Clinton during the 2016 US Presidential election. This Fake News was created not with the intention to support Donald Trump, but to obtain clickbait and likes on their websites. Therefore it is a case of misinformation not disinformation.

There are also certain dangers by propagating the term Fake News, as it could promote the use of censorship. Maybe it is more useful to think: how do we encounter disinformation? And this is where the role of history teachers comes into play…

Fake News/Disinformation- How teachers can fight back

(History) teachers have a responsibility to impart with students ways in which to deal with disinformation. Once students leave school, this chance is arguably missed or at the very least it is much harder to engrain on young adults.

The power of history teachers lies in the skill set they possess, most notably: how to scrutinize a source- e.g. identify the source, who, where, when, what kind of document and why was it produced (the 5 W’s). Within history it is of the utmost importance to evaluate the information presented- what are the intentions, what if any assumptions are made, and what sources have been used? The techniques historians use to painstakingly examine historical sources can also be applied to sources found in the news and on social media if these types of questions are asked. 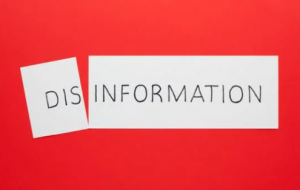 Nowadays our exposure to materials, information and resources knows no limit. A lot of what we read about the news is also published on social media channels. However, caution should be taken as many social media platforms are known to use ‘confirmation bias’- a tool that means posts on our feed tend to usually agree with posts we have supported and believe in, therefore confirming the worldview we already possess.

Here are some tips and questions we should ask to avoid confirmation bias:

About the Host: Dylan Wray

Dylan Wray is the co-founder and executive director of Shikaya, a non-profit civil society organization that acknowledges the increasing role of teachers in building up South Africa’s democracy. Shikaya supports teachers and school leaders to educate and teach young pupils to become responsible, active citizens who think critically and engage socially in their country’s democratic processes. Dylan Wray is the co-author of an online blog  A School Where I Belong – Creating Transformed and Inclusive South African Schools (www.aschoolwhereibelong.com), on an online platform dedicated to the transformation and belonging in schools. Dylan Wray is a former History teacher. He wrote and created numerous educational resources and textbooks to help young people to grapple with ethical and moral decision-making.

—Fake (f)or Real temporary exhibition at the House of European Histories is open to the public until the end of January 2022. Please see opening times on the website, or view the virtual exhibition following this link: https://historia-europa.ep.eu/en/fake-real —

About the Author: Birgit Göbel