Bologna and the Rise of Medieval Universities: A Blog Post

Bologna and the Rise of Medieval Universities: A Blog Post

Based on the Webinar Series: Using Historiana to Teach History from Different Angles

Session 2: “Bologna and the Rise of Medieval Universities” – Hosted by Gijs van Gaans

Europe is home to many of the world’s earliest and most renowned universities. The first European institution of this kind was founded in 11th-century Bologna, and was soon followed by similar establishments in Paris and Oxford, leading to a wide network of universities across the continent. Today, European universities receive tens of millions of students each year, who come from many different corners of the globe. These institutions have been playing a great role in the development of higher education and research, both on a European and international scale.

The starting point of this development – the foundation of University of Bologna and other medieval universities – is thus a significant historical phenomenon. It was the result of a complex combination of different factors, and has had many elaborate effects on both medieval life and our modern society. To help students disentangle these complexities, this webinar explores a variety of digital tools and sources that teachers can use both in classrooms and online lessons. By learning about medieval universities, students can also discuss modern institutions – in particular, the relevance of higher education today.

This session of the webinar series “Using Historiana to Teach History from Different Angles” was hosted by Gijs van Gaans on February 15, 2022. This is the second out of a total of four sessions, based on the contents from Europeana Collections in the eActivity Builder on Historiana.

Causes of the Rise of Medieval Universities

During the webinar, participants played the role of university students, who would try out Gijs’ fascinating lesson plan. The first issue that Gijs explored with the class was the causes behind the rise of European medieval universities. What needs did these universities fulfil? – the host asked. ‘Students’ would then submit their answers via a digital portal called LessonUp.

To tackle the question, participants were invited to explore various sources about the historical contexts surrounding those universities. Gijs had arranged the sources using the Discovering Tool of the Historiana eActivity Builder, a tool that allows students to visualise the connections between different historical phenomena.

For example, the source on 11th- and 12th-century European trade routes, which describes Europe’s economic prosperity at that time, would direct students to a source about the growth of European cities and the new challenges of urban life. This source is then connected to another that describes the need for a new class of trained professionals, who would help address the urban challenges by fulfilling jobs in administration, religious institutions, lawmaking, and medicine   among others. Through  this, students will understand how different historical processes were linked to each other, and how this link resulted in the rise of medieval universities. 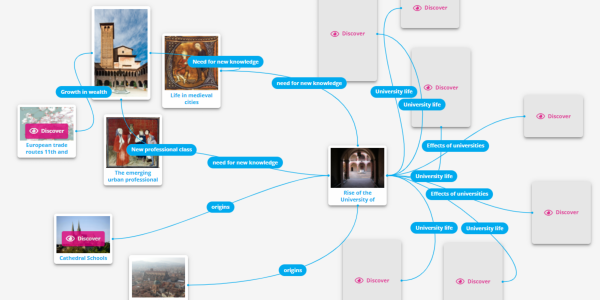 Image 1. The Discovery Tool on Historiana eActivity Builder. Images are taken from the Europeana collection.

By engaging with this Discovery Tool, not only can learners uncover each historical process at their own pace, but they will also be aware of the multiperspectivity of history. Gijs allowed students to freely choose from three starting points, each would unpack a different explanation for the universities’ emergence. According to him, causal relations in history are always multiple. Instead of providing a single narrative, teachers need to let students look at a historical development from different angles, and discover all the different routes that might have caused it.

After identifying several possible causes, teachers can then ask students: “Can you decide for yourself which cause was the most important?” The Sorting Tool on Historiana eActivity Builder is highly useful for this question. The more important a student finds a factor, the closer he or she can drag the factor to the centre of the circles (see Image 2). To encourage multiperspectivity, one participant has raised a creative suggestion: teachers can repeat this sorting activity multiple times, each time asking students to put themselves in the shoes of a new historical actor. It is to show that historical significance is not a fact but constructed, and will vary when it comes to different classes of people. 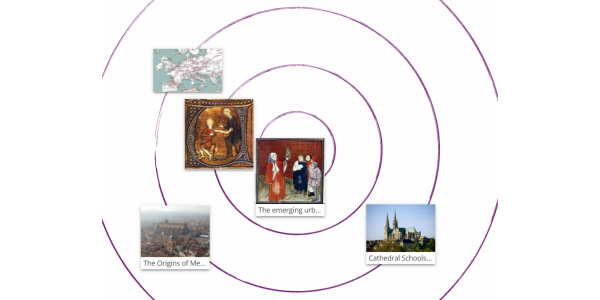 Image 2. The Sorting Tool on Historiana eActivity Builder. Images are taken from the Europeana collection.

Effects of the Medieval Universities in Europe

“How did universities life contribute to medieval societies and culture?” is another question Gijs wanted to discuss with the class. Similarly to the first question, everyone would again look for the answers by exploring the Discovery Tools. Various interpretations were given, naming different elements such as humanism, scholasticism, the Renaissance, the birth of sciences, improved urban life, and so on. Gijs highlighted in particular the consequences on religion: although at first the Church was central to the universities’ curriculum, it was paradoxically the critical thinking and intellectual force nurtured by these universities that, eventually, led to the splintering of the Church.

To elaborate on the logic behind this development, Gijs drew upon a fragment of “In Praise of Folly” (1517) – a satirical work by Erasmus of Rotterdam. Participants were asked to analyse the text using Historiana’s Annotation Tool – which is helpful for students to work with primary sources. The text revealed how Erasmus’ critical thinking and his critique against medieval Church life strengthened each other. Hence, by reading Erasmus, students can gain a better understanding of how university education could foster criticism against the Church. 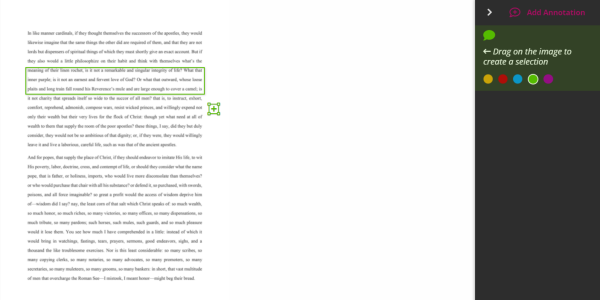 Image 3. The Annotation Tool on Historiana eActivity Builder. Text: Fragment of Erasmus’ In Praise of Folly (1517).

Gijs proposed to conclude the lesson with a reflecting session, in which students would relate the topic to modern society. In the Middle Ages, the rise of medieval universities has improved people’s understanding of human life, helped them deal with new challenges, and promoted scientific knowledge and research.

However, what we see today, especially in light of the Covid-19 pandemic, is a rising distrust against science   and an increasing threat of misinformation. What are the values of research and academic activities in this contemporary context? What would be required of today’s universities? Should we keep investing in (higher) education? These are some questions that teachers can discuss with their students, to encourage them to look at contemporary issues using historical perspectives. 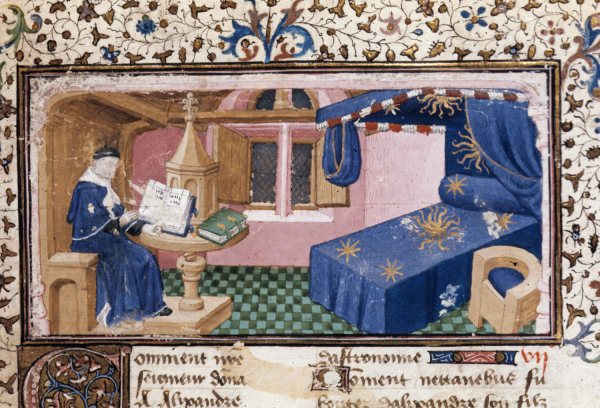 Image 4. Detail from a miniature of a student reading in his bedroom. The British Library via Europeana.

Written by Phạm Thùy Dung on the basis of Gijs van Gaans’ online session. All images used are provided by the Europeana source collection by way of Historiana.

The recorded session of this webinar will soon be available on our YouTube channel!

Our next instalment of the series is taking place on the 22nd of March. Ute Ackermann Boeros will host a session on “Paintings of Everyday Life”. You can register for the session under this link: https://bit.ly/3K6Jo4b.