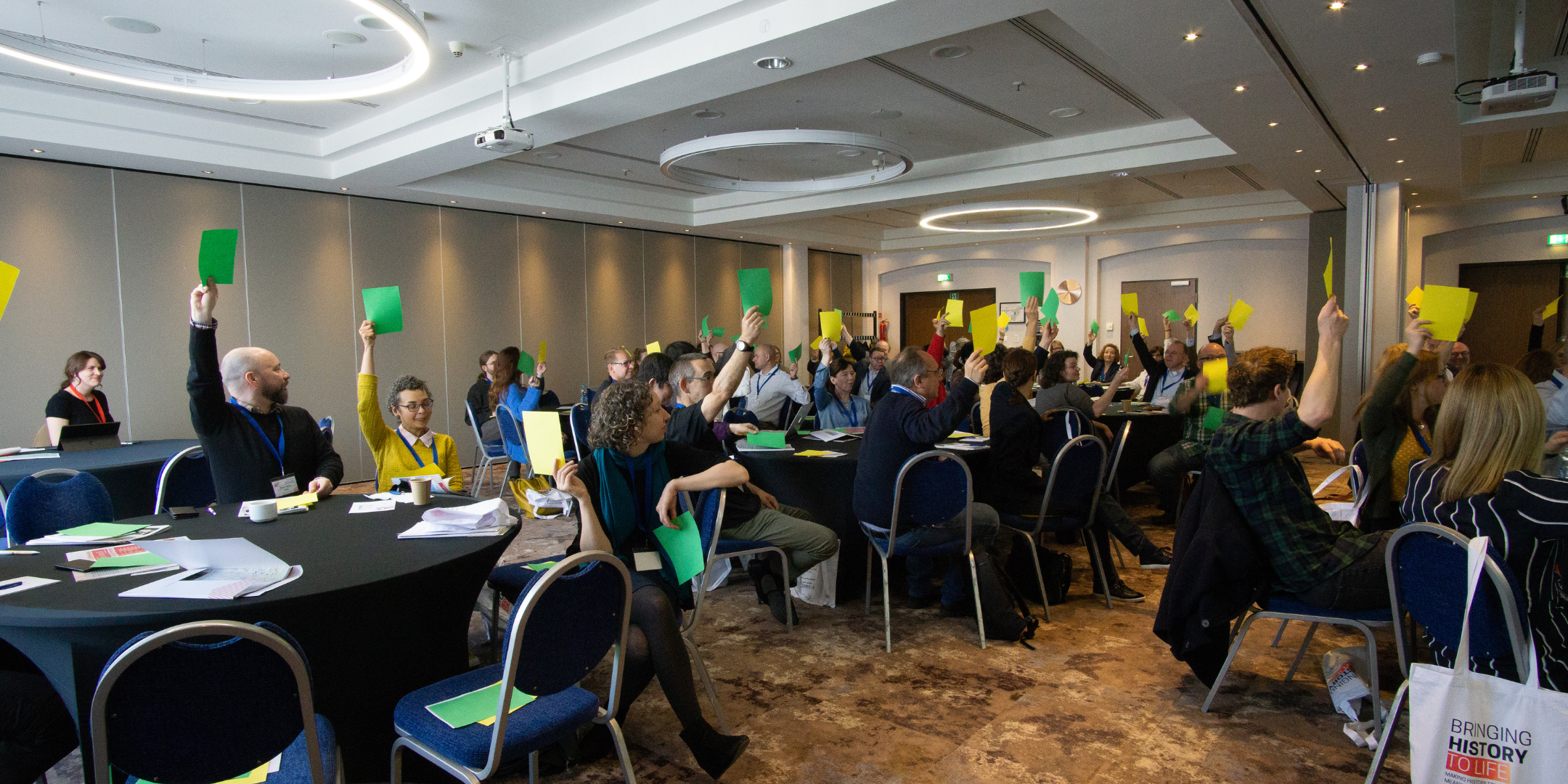 Discharge of the Board

Any other notified business

Annex 13: Candidates for EuroClio Board

EuroClio is a democratic association governed by an elected board. The Board of EuroClio is elected by the General Assembly, held each year at the EuroClio Annual Conference and made up of EuroClio member organizations. The Association is governed according to its Statutes and Internal Rules. The EuroClio General Assembly votes on the election of board members, internal rules and statutes changes, and general policy documents such as the EuroClio Manifesto.

Voting at the General Assembly

Associate Members have no right to vote during the General Assembly, but have a say in network consultations to help set priorities for project fundraising and for the development of educational materials by EuroClio. The same rules apply for Individual members.