Fake & Real: a webinar series on Propaganda and Fake News 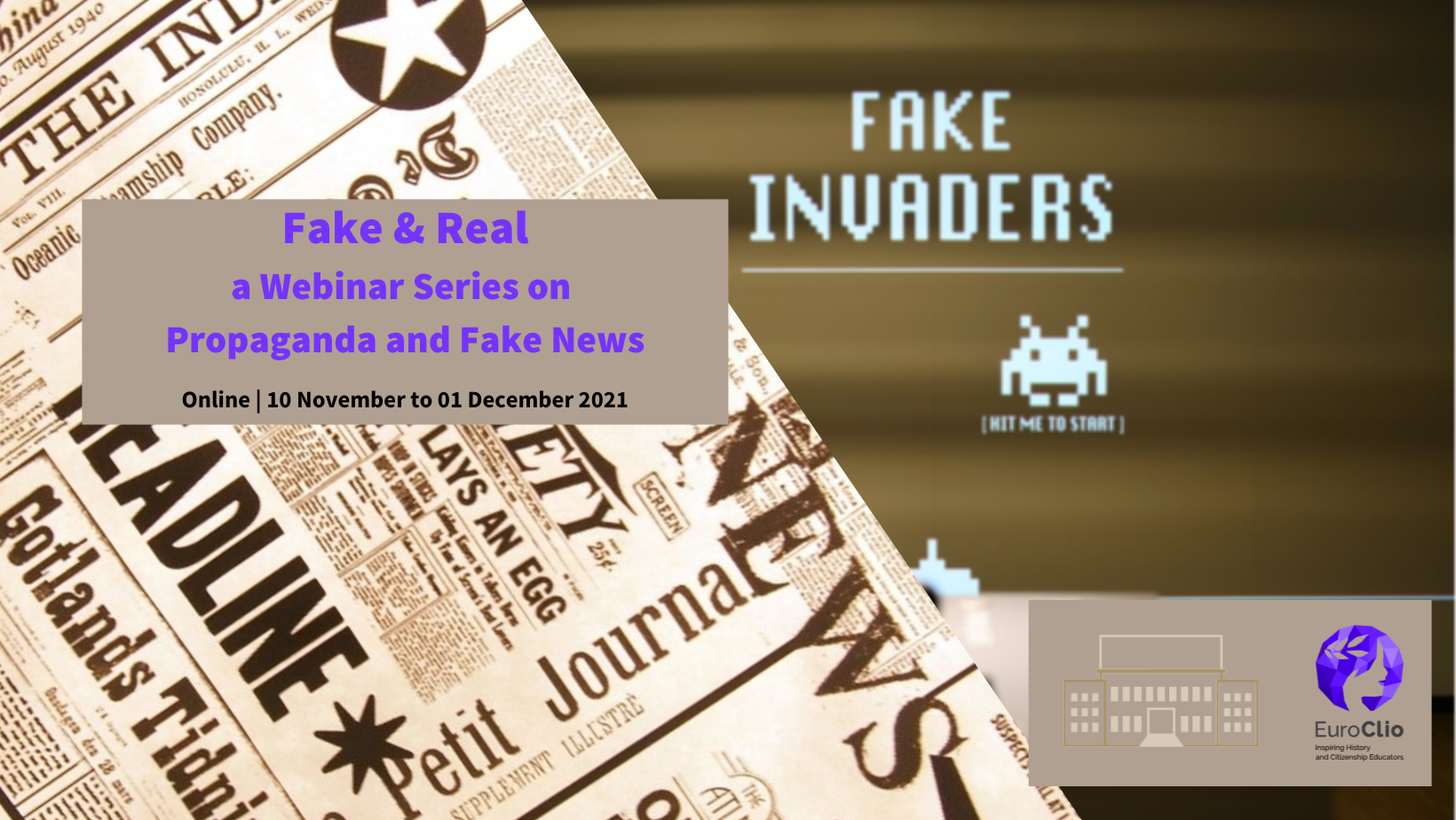 Fake & Real: a webinar series on Propaganda and Fake News

In 2017, BBC launched a special series on the grand challenges we face in the 21st Century. In this series, a panel of experts was asked to indicate what they believed were the biggest obstacles faced or to be faced by modern societies. Many of them mentioned “the breakdown of trusted sources of information” as one of the most urgent challenges. They argued that, while the need to figure out which source of information is reliable has been a constant throughout history, what magnifies the size of this challenge today is the sheer amount of available information, as well as how people have access it. To this we should add the fact that, as Kevin Kelly (co-founder of Wired magazine and tech author) said to BBC in the 2017 series: “Truth is no longer dictated by authorities, but is networked by peers. For every fact there is a counter fact. All those counter facts and facts look identical online, which is confusing to most people.” And even when mistakes are spotted, “corrections do not spread very well” (Paul Resnick, University of Michigan).

This can be said for a variety of topics, including history, current affairs, or sensitive and controversial issues. Today, it is no longer only a matter of who is ‘right’ and who is ‘wrong’. It is first and foremost a matter of what is ‘fake’ and what is ‘real’.

Luckily, there are many resources and methodologies out there that can help us develop lesson plans that foster media literacy and critical thinking. During this webinar series, we will present some that we and the members of our community have tried, discussing with you their positive aspects, as well as potential pitfalls.

The Design of this Webinar Series

The webinar series will begin with a keynote lecture dedicated to defining fake news, propaganda, the relationship between the two. During the keynote, we will also discuss what is the impact of fake news on students, and how we as educators can equip them with the tools necessary to navigate and evaluate the information they are exposed to.

The keynote will help us set the tone for the remaining sessions, and will be followed by two active workshops. In the first workshop, we will discuss how media content can be purposefully developed to manipulate the reader, and how we can help students spot manipulation and become resilient to it. In the second workshop, we will focus on how to help students deconstruct (historical) examples of propaganda, how it works, and what is its effect on society.

The webinar series will conclude with interactive discussion groups, during which participants will have the possibility to discuss their own approaches to propaganda and fake news in the classroom. The fourth session will include also an official, festive, closing in the form of an educational game.

What will we learn?

During the webinar series, we will:

• Engage in a dialogue about Fake-News, Propaganda, and their impact on (history) education.
• Obtain a historical perspective to the notion of ‘Fake’ in Europe.
• Share educational initiatives and equip teachers with ready-to-use material and methodologies which contribute in teaching media literacy and promoting students’ critical thinking.
• Discuss how to equip students with tools to help them navigate the stream of information they are constantly exposed to, become more resilient to the effects of propaganda, and grow into active citizens in the democratic space.
• Exchange innovative tools, methods, and professional knowledge with other educators in Europe and beyond.
• Introduce history and citizenship educators to the educational material developed by the House of European History, which is also available on Historiana.eu

Participation to this webinar series is free of charge

We would like to thank our Individual Members for their support in developing this webinar series. The topic has been selected based on input from all members, and the recordings of our sessions are (partially) supported through individual membership fees.