Sarajevo of Hope: Joint Effort of Balkan Teachers to Teach a History that is Not Yet History

Sarajevo of Hope: Joint Effort of Balkan Teachers to Teach a History that is Not Yet History

Participants of the Learning History that is not yet History II project gathered in Sarajevo, Bosnia & Herzegovina

The 1990s wars that marked the end of Yugoslavia has always been a sensitive topic to teach in the Balkan region. Not only have history teachers of the Balkan countries had to carefully navigate themselves between government policies and public reactions, but their own traumatic experiences and memories of the war also pose a serious challenge to their attempt to bring up the topic. Helping them to have the confidence to teach about the war – a war that has not fully seen reconciliation and has yet to be considered ‘history’ – has been the central goal of our project. In Learning History that is not yet History II, teachers from 7 Balkan countries – Serbia, Croatia, Slovenia, Montenegro, Bosnia & Herzegovina, Kosovo, and North Macedonia – come together to create 12 ready-to-use educational materials, which will be used to teach the recent history of Yugoslavia’s dissolution and the 1990s wars.

For months, the team members have been putting immense effort into the materials, working as authors, contributors, researchers, and coordinators. Between the 12th and 15th of May, 2022, they all gathered in Sarajevo for the third development meeting of the project. After two previous meetings in Belgrade and Zagreb, this meeting in the beautiful capital city of Bosnia & Herzegovina was where the authors showed the results of their hard work. It is also a special experience for EuroClio to be back in Sarajevo at Hotel Saraj, which has witnessed so much of our organisation’s history in the Balkans. 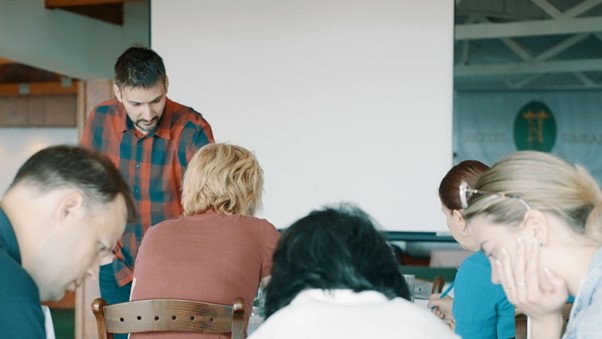 Draft lessons were discussed and peer-reviewed during the workshops

During the two intensive but inspiring days of the meeting, the team members reviewed the  educational materials in twelve sessions. They were divided into three general themes, each of which addressing four specific aspects of the region’s 1990s history:

With the goal of peer-reviewing the materials, the draft lessons were discussed. The team members were actively contributing to the lessons presented, and genuinely engaged with the learning activities. In return, the authors were receiving feedback from other participants. For each session, one of the authors was taking notes for their peers, making sure that we kept track of what should be changed or could be improved. 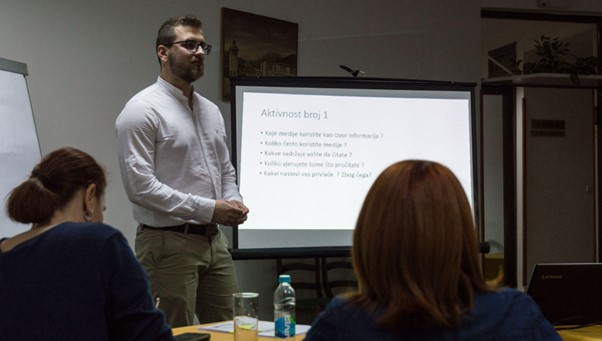 Authors receiving feedback from their peers

When asked about their feelings after the workshops, some authors said that they were grateful to receive constructive comments from their peers that they could use to improve their lessons. The coordinators were satisfied with the work done.

The meeting made clear that the recent history in the region remains sensitive and deeply personal. During the workshops, aside from enthusiastic discussions, there were also moments when the participants relived their personal experiences and when the lessons triggered traumatic memories of the war. The visit to the War Childhood Museum in Sarajevo was confronting in this sense. There, they read about the stories of war children who had lived through the 1990s conflict and the siege of Sarajevo; and saw many personal objects – clothings, diaries, toys, or drawings,… – which carried fragments of the many childhoods that had been affected by the war. 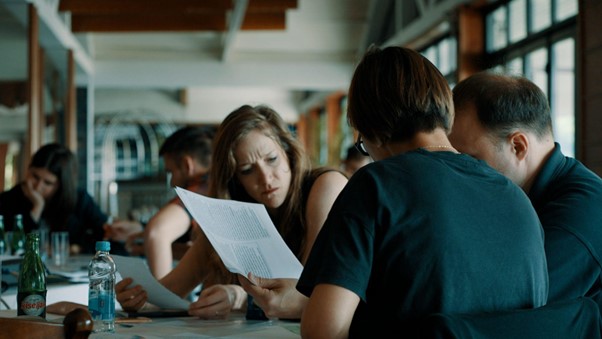 Besides the workshops and the onsite learning, we had several plenary sessions.

We always concluded our days with lively joint dinners, where we enjoyed the Balkan cuisine and music. This beautiful city, deeply wounded by wars, has rebuilt itself bearing all the living scars on the walls of its houses and the corners of its streets. It reminds us that despite the many difficulties and conflicts we have been going through, we have no reason to stop trying. That although there is still much to be done, our hope and determination stays on.

After the successful meeting in Sarajevo, film maker Stefano di Pietro and a EuroClio trainee embarked on a filming tour through Bosnia-Herzegovina and Croatia to gather footage for the upcoming EuroClio documentary about the Balkans and the EuroClio Origin story. They had already recorded a number of interviews with long-standing members of the LHH2 project and experts in Sarajevo, as well as shooting footage of the city’s historical sites, such as the Latin Bridge and scars of the 1990s Wars. 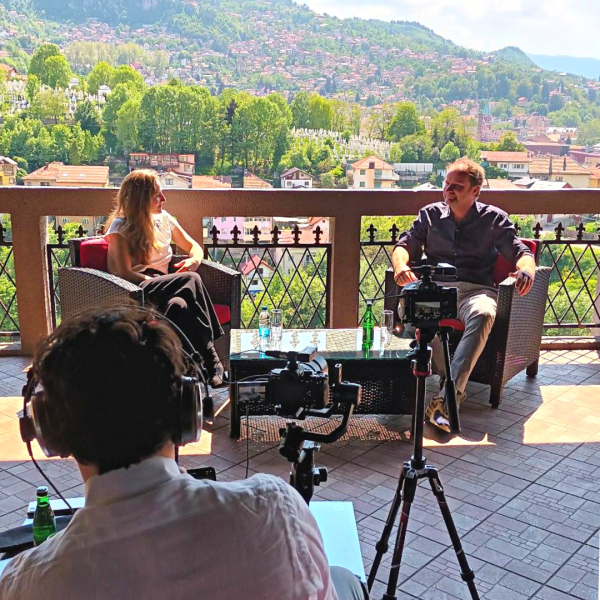 Following Sarajevo, they continued on to the beautiful and historic city of Mostar. From there, they drove to sunny Pula, where Croatia’s LHH2 coordinator and advisor Igor Jovanovic acted as a superb guide and host, before they finally ended the trip in Zagreb. During their tour, they met and interviewed a whole host of fascinating people that shared their expertise, motivation, and personal experiences of the Balkan Wars and History education. Once again, this was made possible by EuroClio’s far-reaching network of dedicated and hospitable individuals. We can’t wait for the documentaries to be finished!

As a next step, the authors will process all the comments, and prepare a workshop to be held in another country. To identify possible issues before publication, the authors will be asked to go to places where we expect their lesson to be most sensitive. 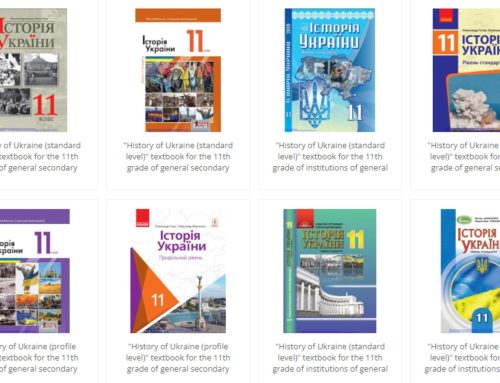