EuroClio recently organised their 28th Annual Conference, held in the two historic cities of Bologna and Ferrara, Italy from 28 April- May 1. This conference brought together one hundred participants from countries across Europe, with a few participants from outside Europe such as the United States and Barbados.

It was an exciting event for multiple reasons. Firstly, we were able to enjoy the beautiful settings of our two host cities, Bologna and Ferrara, where the sun shone for all four days of the conference. Secondly, it was great to see the community of EuroClio reconnect in person at an Annual Conference for the first time in almost three years. As conference organiser, Alice Modena remarked: “even beautiful buildings, like the auditorium room where we held our official conference opening, looked better with friends and colleagues huddled inside to talk about what they love”. And finally, the conference this year also coincided with celebrations for the 30th Anniversary of the founding of EuroClio, adding to the celebratory atmosphere. This was marked with an exhibition of photos from the past thirty years of EuroClio, and also a panel discussion made up of EuroClio’s Executive Directors past and present (Joke van der Leeuw-Roord, Jonathan Even-Zohar and Steven Stegers), as well as Emily Wegner from Kansas City in the United States, to offer a transatlantic perspective.

The conference consisted of a mix of seminars, workshops and keynote addresses, in which our theme of the conference “What is history for?” was addressed and interrogated. These organised sessions were coupled with activities such as walking tours, a Pub Quiz, and a historical Games Night. During these times, as well as during some delicious Italian meals, participants had the chance to make connections with each other in a more informal setting, and simply enjoy the company of fellow enthusiastic history educators.

Here are our three highlights of the conference:

EuroClio is not alone in asking: What is history for?. Tied with a strong interest in history generally in society, we noticed through the conference that there is increased attention toward history education from international organisations. The Council of Europe has relaunched the history education programme and has established the Observatory on History Teaching in Europe. Both were represented with workshops at the Annual Conference and with strong EuroClio involvement providing opportunities for our community to shape future policy on history education. The panel discussion brought up the increased attention on history in contemporary society, such as debates over statues and memorials. An irony was highlighted, that though attention to history was increasing, funding for its education was also dropping in many places. During the panel discussion, the topic of history as it relates to government and politics arose also. EuroClio’s founder Joke van der Leeuw-Roord noted the importance of EuroClio as a civil and non-governmental organisation which in the past as well as today could speak truth to political power. Organisations such as EuroClio and their activities can help guard against the use of history for political or nationalist motives by bringing forward the increasing evidence for the power of multiperspectivity in history education. 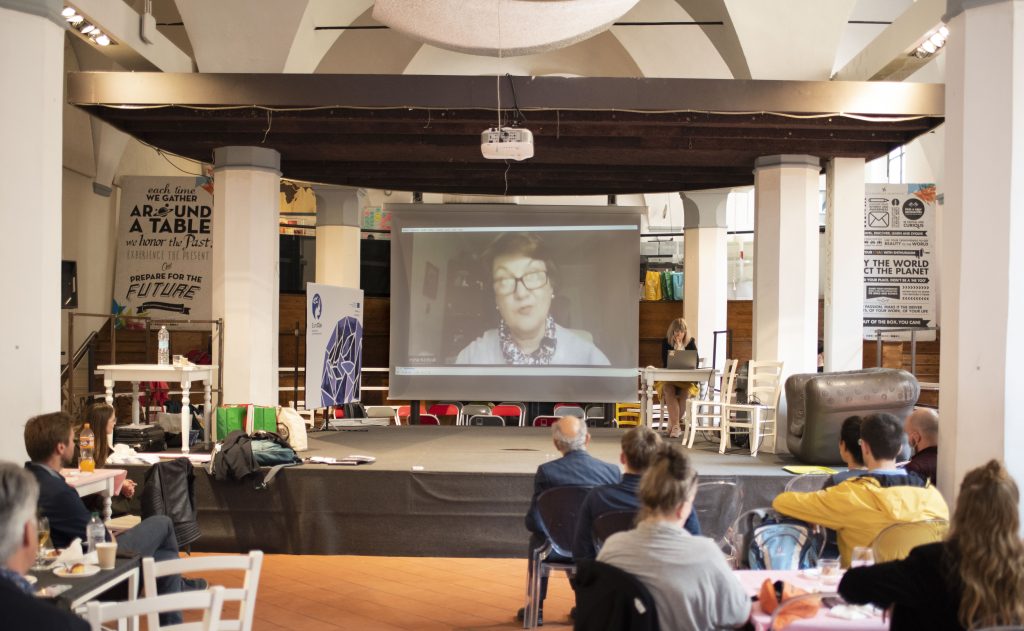 Iryna Kostyuk speaking about the present situation in Ukraine and the state of history education in the country. Photo: David Sypniewski

The smaller group sizes in the workshops facilitated the space for participants to engage in discussion with their colleagues in history education from across Europe and beyond. We highlight here briefly some key points of discussion in just two of the workshops.

The workshop on genocide tested the claim made by the keynote speech: that we should teach students how to think rather than what to think. One of the activities of the workshop asked students to apply the definition of genocide onto historical events, and to try and determine whether a genocide had occured or not. This was contested by one of the participants as a potentially dangerous conversation to open, to give students the opportunity to oppose an accepted view of a historical event as genocide. However another participant pointed out that not all experts agree on this matter, and that the question ‘what is a genocide’ is still being hotly debated by scholars and politicians alike. Why shouldn’t students engage in the same sort of discussions themselves? A rich and engaging discussion on the ethics of the matter followed.

The workshop for In Europe Schools raised the question of whether emotions are a useful tool in the classroom when teaching history. In the project In Europe Schools, students are tasked with making a documentary video about one of four themes developed by the project. They begin with a “starter clip” that introduces the topic and is meant to trigger a response: create an urge to learn more, desire to share an opinion, to inspire the students to formulate their own answer. One participant raised the point that a documentary by its very nature is simplified information, and its primary aim is to trigger an emotional response in the viewer rather than to educate. Other participants argued that emotions are not obstacles. They can serve as a hook to interest the students. A lively discussion formed on this tension, and the question of whether emotions can or should coexist with serious historical study and teaching.

These two small examples illustrate the diversity of opinion and experience present at the conference. Reflecting on her time at the conference during the panel discussion, Emily Wegner shared that she was impressed with the participants’ openness to learn from each other, and that in discussion no one simply wanted to talk about themselves. Current director Steven Stegers built on this, calling EuroClio more of a movement or even a family, whose shared experiences can benefit both its own community and make an impact externally. 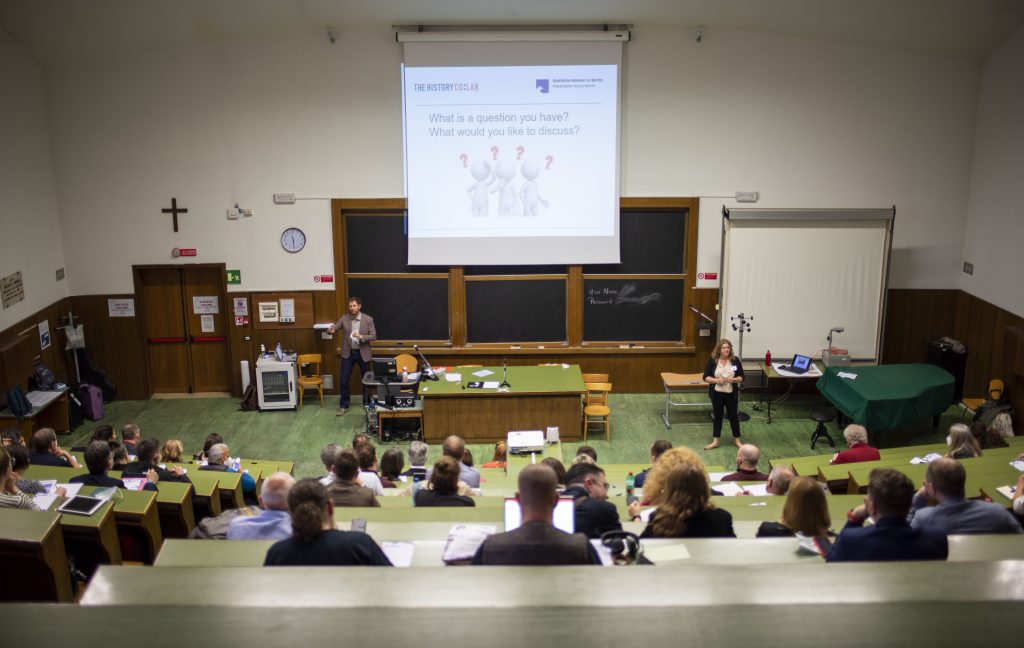 The power of meeting (in person!)

Limitations due to the pandemic have shown EuroClio members the possibilities for connecting online, for webinars, meetings and even an entire Annual Conference in 2020. No doubt we will continue to make use of these technologies, but there was nonetheless a special energy that could be felt during the conference from meeting in person. Take, for example, the workshop on connecting schools and museums for learning, run by The History Co:Lab and Staatliche Museen zu Berlin. Workshop leaders Emily Wegner and Leonard Schmieding made sure participants got up out of their seats, first instructing them to move into a corner of the room based on experience with museums, then asking them to find a discussion partner they had not yet met, and finally facilitating further discussion with brainstorming tables. A Zoom breakout room could simply not compete with the amount of connections and discussion facilitated during this workshop.

The power of meeting in person could also be seen in the time spent outside of the workshops, during the meals or evening activities of the conference. “Fun is a serious business” as noted by former EuroClio director Jonathan Even-Zohar during the panel discussion, and he encouraged members to take initiative to further the relationships they built during the conference.

Thanks so much to all conference participants, workshops leaders and speakers for joining us in Bologna and Ferrara, and contributing their energy and ideas to our conference. We look forward to seeing you again next year! 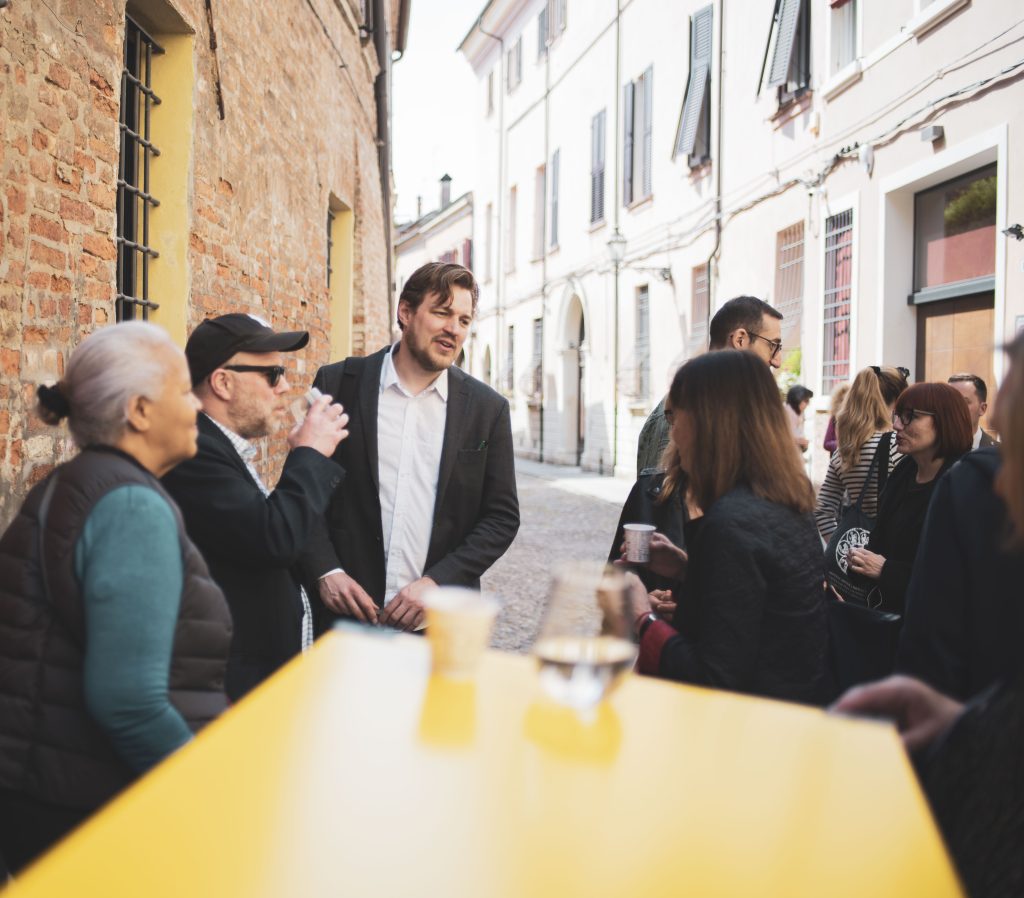 About the Author: Rebecca Jackson