“I have come to greatly appreciate the EuroClio family.”

Benny Christensen served as a board member of the Danish History Teachers’ Association from 1997 to 2003 and was chairman of the International Committee from 1999 to 2003. 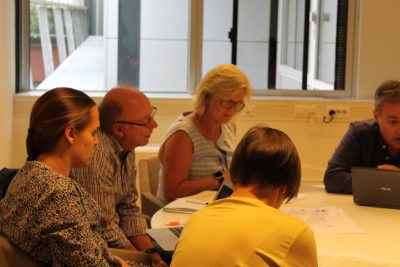 He was project manager and expert in the project “Towards a New History”, that took place in Serbia and Montenegro from 2001 to 2003, funded by The Ministry of Foreign Affairs of Denmark. He has taken part in a number of annual conferences, also moderating workshops, and has acted as a EuroClio expert on many occasions including, “History in Action-Planning for the Future: Regional Approaches for the Learning and Teaching of History in Bosnia, Croatia and Serbia” (2005-2008), and the Historiana theme “People on the Move” (2009-2011). He is currently a member of the Historiana Learning Group and works for the Council of Europe as an independent expert in the intergovernmental project “Educating for Diversity and Democracy: Teaching History in Contemporary Europe.”

Q: Do you have a first or favourite memory of working with EuroClio?

I have several actually. In order to more helpfully structure my answer, I will separate my time with EuroClio into three phases.

The first phase, from 1994 to 2001, contained participation in a number of general assemblies and courses along the road.  I would say that the key elements of this first phase were “Cultural Encounters.” The first of these encounters involved meeting many friends from former East bloc countries. In the first year, these friends were struggling with English, and that was a significant obstacle they had to overcome.  The other element of these encounters involved coming to terms with some academic and educational traditions that were very different from ones I was used to in Denmark, which I discussed with these new friends (with or without beer)! Over these years, I also was asked to do workshops at general assemblies which were focused on active learning and critical thinking. These workshops created many valuable shared experiences with my colleagues.

The second phase was from 2002 to 2008, and this phase entailed regular contact with EuroClio.  In 1997, I was asked to join the Board of the Danish History Teachers’ Association, which I was on for six years.  In the beginning of 2001, I was asked by Joke to take part in a meeting on History Education in Belgrade, organized by the Council of Europe.  There, I met with people involved in NGOs and discussed the founding of a Serbian History Teachers’ Association.  I became the project manager of that endeavour in 2002.  Around the same time, I was also asked by the Danish Foreign Ministry to be involved with a new regional project in the West Balkans. Project management was then handed over to EuroClio, and the project was entitled History in Action.  During this time, active learning and critical thinking continued to be important for me, as well as the inclusion of multiple perspectives, planning, and training colleagues in practical endeavours as well as in confidence and responsibility.  I was able to meet many colleagues from the Balkans, and through this I gained a sense of the great responsibility of teachers in the region having to deal with a very near and sensitive past.

Perhaps my most impactful memory from this second phase took place on December 8th, 2001 on a Saturday afternoon.  On this day in Belgrade, I witnessed the first general assembly meeting of Serbian NGOs.  I recall immense pleasure in telling the meeting’s participants that I had money to establish a study visit to Denmark.  My second favourite memory from this time came several years later on March 28th, 2003 during a general assembly of EuroClio in Bologna.  At this assembly, I witnessed Serbia’s ability to vote for the first time, as they had just been admitted the year before.  Just seeing them with the voting documents in their hands, despite the struggles of the country with Milosevic and the NATO bombings, had a great symbolic impact on me.

Another significant series of memories from this time centres upon History in Action – a product of 5 years of work.  During the intensive meetings we had in Sarajevo I noticed a turning point, where we began to develop colleagues’ knowledge and training of what we would call modern ways of history teaching. I was also very happy when the publication was finished and quite moved when I saw that the publication was to be recognized with a special award at an Anna Lindh Awards Ceremony.  One of my Balkan colleagues went to Sweden and received the international recognition, and this was extremely exciting and gratifying for me.

The third and final phase is from 2008 to today.  This period of time revolved at first around Historiana and my extensive work on People on the Move, which concentrated on migration.  During this time, I was involved quite directly with EuroClio. I was invited to do some parts of the learning units focusing on World War I for Historiana, and I was also involved in other projects and conferences.  {My ultimate test during this time period came on the 15th of October 2015, when I represented EuroClio in the European Parliament in Brussels where we were discussing the theme of preventing radicalization.  This was a very special event, and luckily it worked out OK for me!

I hope that this answer helps others to see what I believe to be a general trend in the history of EuroClio; the organization is able to become involved in various new and different contexts. I believe that my story with EuroClio is an example of how EuroClio widens its geographical network, as well as the intensity, quantity, and experience of colleagues.  Over time, EuroClio becomes more and more engaged with international projects and other partners, which is in great part due to the hard work of Joke and the current secretariat and the reputation this team has created for EuroClio as a well-respected partner within and beyond Europe.

Q: How did EuroClio contribute to your work, or to history education in general?

For me, the work I did with EuroClio put the Danish tradition and practice of history education into an international perspective. Danes were considered advanced in ways of teaching history in comparison to other European countries. Over time, we have had three Danes as board members of EuroClio, and many members of the Danish Association have taken part in EuroClio’s training courses. These courses did much to reflect my practice.  For me, working with EuroClio also had national effects because my colleagues and I were able to provide input, gained from our experiences abroad, to the Danish Association’s board that helped to create new and improved curricula.

I also believe that working with EuroClio influenced my own teaching.  Through my experiences abroad, I had seen that my colleagues from the Balkans and former East Bloc countries used everyday life history in the classrooms to escape from the textbook, which was always the basis for the final exam.  Until these experiences, I was not used to using everyday life teaching in my own practice.  I thought, “Oh it’s too insignificant…. How could you do an analysis based on that?” But now, I use it in my own teaching.  I find it really works, especially to help female students to become more engaged.  This is because history often seems to be a bunch of old men fighting wars; connecting history more to everyday life helped to ground history more for some of my students.  This kind of perspective has become invaluable to teaching for me.

Q: What is the role of EuroClio today? In the future? How will the organization develop? 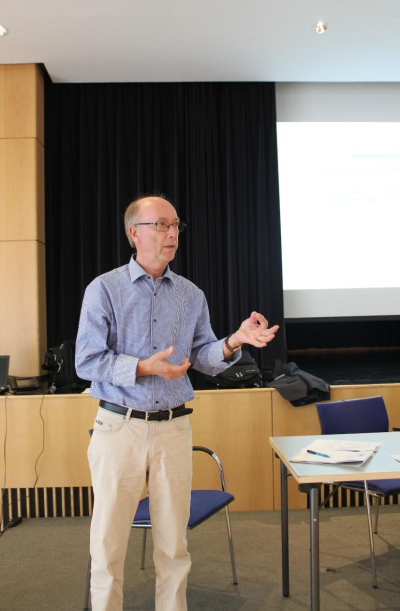 The second role of EuroClio is a constructive role.  This role is illustrated by the manifesto, which I believe is both symbolic and useful, and a very important development in EuroClio. For me, the manifesto is very much in accordance with the Danish tradition that we do not teach history for the sake of history, but to develop students’ democratic skills and tools for taking part in society and for being constructive citizens.  EuroClio’s role today and in the future will be to develop history education as such, stressing high quality education of teachers, developing curricula that embraces all groups in society, and training multiperspective critical thinking, democratic classroom discussion, and continuous dialogue between the past, present, and future.  EuroClio must continue to make history education relevant to students in the classroom and to the elements of society around students that they deal with every day. EuroClio also should continue to strive to develop understanding among history teachers, a skill vital to the development of democratic competencies.

Q: What, if anything, could EuroClio improve upon?  What were some challenges/disappointments you faced?

EuroClio does a marvellous job. One thing that I could see EuroClio helping with is the international problem of the dwindling number of history association members. This decreasing membership is a threat to the underlying network of EuroClio associations, so I believe that focusing upon boosting membership in the associations is essential.  Another challenge, as any organization, is maintaining a sound financial basis and a strong national association which gives visibility and a strong political position in order to promote and influence school curricula and the debate over the education of young people.

Q: How has your perspective on history education changed since you began working with EuroClio?

Working with EuroClio, with the Council of Europe, and with many other history organizations has given me more self-confidence and more optimism in my daily life. I have also become much more aware of the crucial position history has as a school subject because I saw first-hand how history education was abused in other countries. So, I’m not sure that I would have fought for the school subject as a board member or fought for history in general in society if I had not been involved with EuroClio. The work I did with EuroClio made my working days more positive and more rewarding. As my wife would tell me, “You work like hell, but you smile all the time,” and I believe this statement is characteristic of my hardworking years with EuroClio.

I have also come to greatly appreciate the EuroClio family. The members of this organization, with whom I have worked very closely, have truly become a very important element of my private life.  I really have made very close friends and even an extended family by working with EuroClio.

About the Author: Rebecca Jackson