Stereotypes and Implicit Bias in Education

Stereotypes and Implicit Bias in Education

Cars and robots are considered toys for boys, while dolls and make-ups are for girls. Men would often be praised if they show leadership skills, but get criticised if they are ‘too emotional’. Women often get compliments on being ‘sweet’, but are often told not to be ‘too bossy’. People of Middle Eastern backgrounds tend to be associated with terrorism, and black people are more prone to being accused of crimes than whites.

These are only a few examples among the countless stereotypes that exist in our society. To many of us, perhaps they are familiar examples. But the psychology behind those stereotypes – how they are generated, shared, and internalised, as well as their consequences – is what has surprised us during Dr. Loes Meeussen’s Keynote Lecture, the first session of our Webinar series ‘Challenging Stereotypes and Preconceptions’. By leading us through six facts about stereotypes and implicit bias, Dr. Meeussen has helped us reflect on our own preconceptions, and seek strategies to counter them.

We All Have Stereotypes

Stereotypes mostly carry a negative reputation, but it is hard to deny their usefulness. This is the first fact we learn from our lecturer – that stereotypes help us make sense of an extremely complicated world. By sorting things into concrete categories, we make our surroundings more understandable and predictable. This is why everybody has stereotypes, whether or not we want to admit it.

Either deliberately or unconsciously, we all make generalisations or implicit associations about ourselves and about others, including the communities or cultures that we belong to. Dr Meeussen had us test this second fact through a small but stimulating game. In a matter of seconds, we had to decide whether a random name belonged to the ‘male’ or ‘female’ category, and whether a random word belonged to the ‘leader’ or ‘lower-in-rank’ category. The game seemed fairly simple in the beginning, we all thought. But when the host began combining ‘male name’ with ‘lower-in-rank’ category and ‘female name’ with ‘leader’ category, we started to realise our slight hesitation, for example when sorting words such as ‘CEO’ or ‘Assistant’. We became aware of our implicit association between men with leadership roles and women with assistant roles, although we did not support such biases.

How did we adopt these stereotypes? The third fact answered: we learn stereotypes through experiences. Think of, for example, a bad incident you had in the past with a foreigner, and see if it has shaped your perception of those belonging to the same nationality, race, or gender as that person. Think of the times you saw adults laugh about or avoid sitting near certain groups of people. Think of what you watch or hear from media channels – the way they communicate about cultural diversity and minorities, or the way they emphasise a non-white criminal’s nationality or race. The media, our personal experience, and what we see from our social circles, are the three main ‘routes’ through which stereotypes are absorbed and reinforced within us.

The Effects of Stereotypes

Stereotypes are admittedly useful, and they may well carry some truths. However, in Dr. Meeussen’s words, “they overemphasise differences between groups, and downplay differences within groups.” They exaggerate the binary mindset of “us-versus-them”, and overgeneralise a group as coherent and homogeneous. They make us, for example, overlook all the men who are not good at sports and all the women who are not good at childcare, causing us to make prejudiced judgments.

Stereotypes affect what we see and do. They shape the way we perceive and treat other people, as well as our own performance and self-perception. To name an example, the stereotype that women are not as good as men in maths and science has a real, undermining effect on female performance and interest in these subjects. When girls took a maths test for instance, they might get worried that the stereotype would be confirmed if they did poorly on the test. This ‘fear of confirmation’, paradoxically, put the girls under more pressure, which might in turn lead to worse test scores, letting the stereotype realise itself. 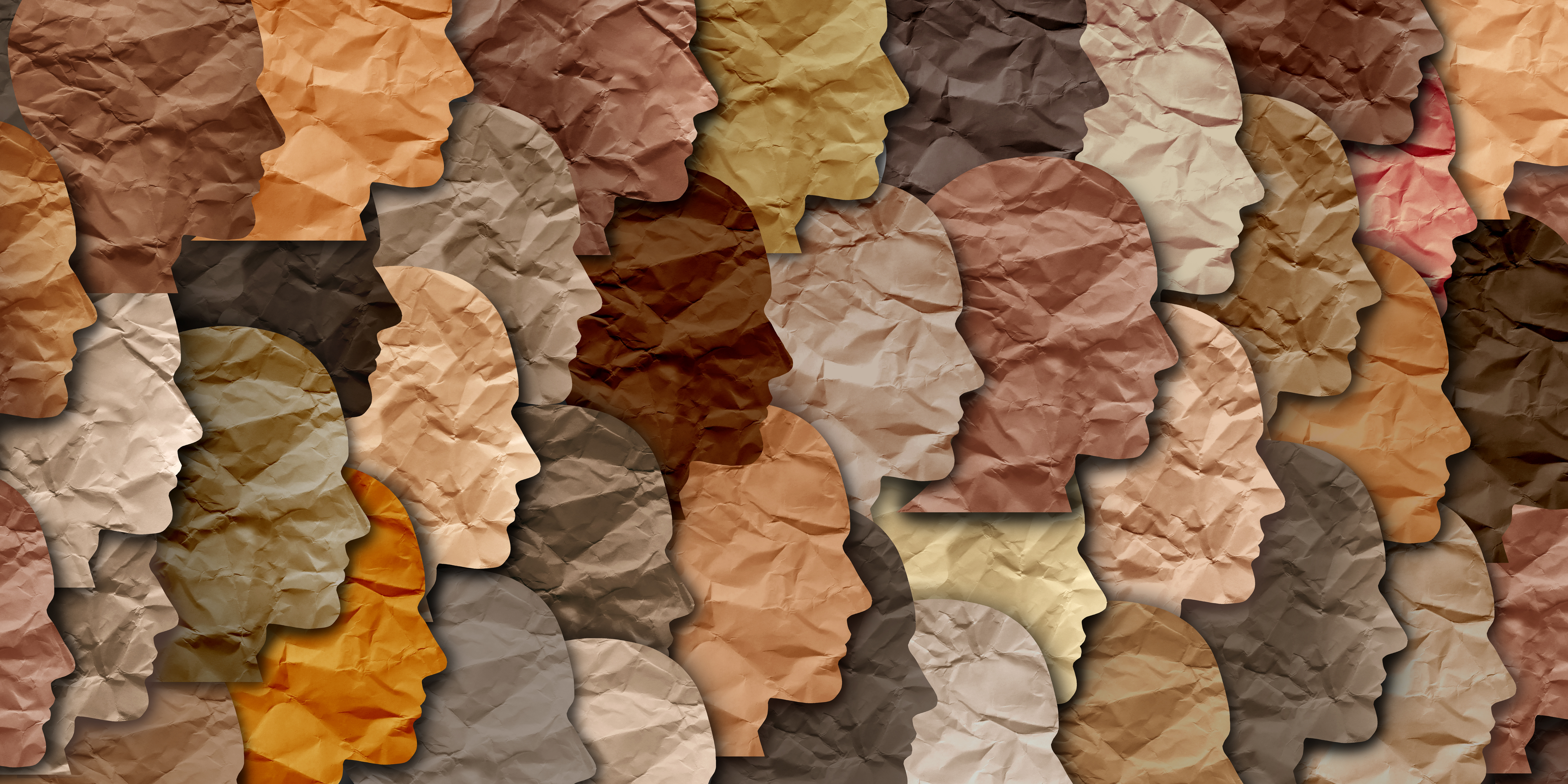 Another intriguing example that Dr. Meeussen presented was an experiment by Eberhardt et al. American participants were shown a series of blurred pictures of various objects, including casual ones (such as a watch or a camera) and weapons (such as a gun or a knife). They were then asked to identify the objects, without knowing that images of either black or white faces had been subliminally shown to them beforehand. The results showed that the group who had been flashed with black faces were remarkably quicker to identify the image of weapons than those flashed with white faces. It indicated an implicit association between black people and crime-related objects. Some might see this as nothing more than an impractical experiment. But imagine you were a police officer – who had to decide in a matter of seconds if someone was holding a weapon – you may realise the significance of this racialised association and the consequences it has on the life of black citizens.

The scary thing is that stereotypes affect us even when we disagree with them. Even when people do not support racial prejudice, many might still be slower in associating positive traits to black faces than to white faces. What is more, even members of the stereotyped community might also hold implicit bias against their own group. Research has shown, for example, that in the 1960s many black children preferred to play with white dolls rather than with those sharing their skin colour.

What Does it Mean for History Education?

Given the intimidating power of stereotypes, will we be able to do anything against them? The sixth and also the last fact given by our host, fortunately, answered ‘yes’. It might be impossible to completely eradicate stereotypes and implicit bias in every individual. However, according to Dr. Meeussen, organisations can help reduce the impact of stereotypes – and one crucial way is through educational policies.

One of the most important recommendations that the lecturer provided was the call for a multicultural, rather than a ‘colorblind’ or ‘assimilation’ school policy. While the ‘assimilation’ approach expects cultural minorities to blend in with the majority and thus forcefully imposes homogeneity on pupils, the multicultural approach would acknowledge and value diversity. The ‘colorblind’ approach, despite treating everyone the same way regardless of their backgrounds, is actually ignoring or even perpetuating entrenched inequality, and fails to teach students the language to address diversity issues.

History education, according to Dr. Meeussen, would play a crucial role in promoting multiculturalism. This can be achieved by allowing students to explore history from different perspectives, acknowledging that history is not neutral, and creating an open class climate where difficult pasts can be discussed. Considering that this also means a greater amount of work for history teachers, the involvement of relevant organisations would be highly valuable. Associations can use their influence to ask for a more multicultural curriculum in history handbooks, and also collaborate with other organisations to create teaching materials for history educators. EuroClio has been doing this as one of our central missions, and will continue to contribute this way to the fight against stereotypes and discrimination.

Dr. Meeussen concluded the lecture by re-emphasising two key principles. It is better to acknowledge and challenge stereotypes, rather than avoid and downplay them. And it is better to seek structural changes, rather than making accusations. Contrary to popular beliefs, most people will be willing to improve themselves if we help them become aware of their biases. Our solution should thus focus on education, rather than pointing fingers at individuals.

About the Host: Dr. Loes Meeussen

Dr. Loes Meeussen is a senior researcher at the Centre for Social and Cultural Psychology at the University of Leuven, Belgium; Lector in Applied Psychology at Thomas More Antwerp, Belgium; and member of the Young Academy in Belgium. In her research, she studies inequality from a social psychological perspective: inequalities in culturally diverse schools and organisations on the one hand, and gender inequality in work and family roles on the other hand. Her work revolves around the following questions: How do people cope with stereotypes that exist about their group; and what characterises inclusive contexts in which everyone can function optimally?

This article was written by Pham Thuy Dung on the basis of Dr. Meeussen’s keynote lecture: Stereotypes and implicit bias in education.

To view the recordings of this session as well as others from the series, please visit our YouTube channel: https://www.youtube.com/channel/UCazNZhcuIAv7qcxqsgObGIA