MA Education and Communication Students visit the EuroClio office
In late November of last year,  EuroClio was visited by six MA Education and Communication students from Utrecht University. They had asked if it was possible to visit the office, to talk about how to deal with controversial topics in their class. All the students have a background in History, and have already done part of their internship at a secondary school or are going to do this in the upcoming months. They heard about EuroClio and showed their interest in the work that we have been doing for the past 25 years across Europe and beyond.

Late in the morning the students arrived and were given an interactive presentation by trainees Larissa Wiegelmann and Rik Mets on what EuroClio is and does. The trainees showed examples of projects they have been working on during these past months and gave the visitors some insight into the workings of EuroClio. This was followed by a round of questions and lunch.

After the lunch, the students were set to work on a workshop. The workshop consisted of a lesson plan that was developed during the project History that Connects. How to Teach Sensitive and Controversial History in the countries of former Yugoslavia? which ran from 2011 until 2014. As an intellectual output, 23 workshops dealing with controversial topics were combined in a booklet called Once upon a time… we lived together.

A workshop that focused on the assassination of archduke Franz Ferdinand in 1914 was chosen as a good example of the kind of high quality history education that EuroClio stands for. The lesson plan is interactive, multiperspective, uses a great number of sources, and promotes critical thinking and empathy for different opinions. It splits the classroom up into three groups, prosecution, defence and jury. Each of the groups receives a number of sources, on which they have to base their argument whether the assassination of Franz Ferdinand was a crime that has to be punished or not. The students worked on this workshop for almost an hour and showed great enthusiasm for it.

However, the assassination of Franz Ferdinand is hardly a controversial historical topic in Dutch classrooms. Therefore, the workshop was rounded of by a discussion on how a lesson plan like this could help the students to deal with controversial topics in their own classrooms. The issue of controversial history is one that cannot be solved in half an hour, but the students discussed building blocks, like using multiperspective sources and stimulating dialogue, as tools to use during their upcoming internships. These tools will surely help them to deal with any controversial topics they might face during their internships and careers as history teachers. 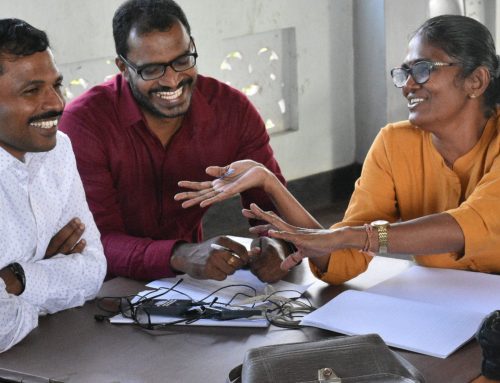