By Miloš Vukanović and Igor Radulović

The legacy of the wars of the 1990s significantly defines a series of complex internal and external political problems that the countries created by the dissolution of the former Yugoslavia are facing today. Compared with other countries of the region, excluding Slovenia, the situation in Montenegro regarding this issue was, seemingly, significantly more favourable.

Without the heavy legacy of waging war on its territory, great destruction, and war crimes, Montenegro did not have to face the challenges that Croatia, Bosnia and Herzegovina, Serbia and Kosovo had from the very beginning. At the same time, since the early 2000s, Montenegrin foreign policy has been actively focused on building better relations with its neighbours, including an official apology to Croatia for the aggression against Dubrovnik, reparations to the persecuted Bosniaks, as well as building closer ties with Kosovo based on the acceptance and protection of a large number of refugees during the 1999 conflict. Finally, in Montenegro itself, there is a cultural tradition of respect and protection of inter-ethnic and inter-religious harmony, conveyed in the Constitution of 2007, which after the restoration of independence, defined Montenegro as a civic state.

However, it turns out that such a situation is a consequence of favourable regional and internal circumstances and not a sincere attitude of different social groups when facing the past.

With the transition to the new millennium, the Montenegrin education system received textbooks in which information about the dissolution of Yugoslavia and the conflicts that accompanied that process appeared for the first time. Although it was a brief overview of the events, without any methodological elaboration, there was still visible progress. It was the first textbook in the region that even mentioned the conflicts that ended only a few years before.

We should note that there are only state-approved and published textbooks in Montenegro and that the period of the 1990s in these textbooks is almost exclusively covered in the final grades of primary and secondary education, during the last lessons.

The conditions, as well as the need for a new textbook, were met by 2008. That year, a new high school textbook proposed by two academic historians stated not only the development of events during the last decade of the 20th century but also clearly indicated the causes, consequences and responsibility of various social elements in it, with the opportunity of analyzing the sources for the students. Unfortunately, for the first time after a long time in Montenegro, there was a general social consensus on this topic. Tremendous pressure from politicians, the public and the church led to the situation that although the textbook was officially approved, the chapters introducing the conflicts of the 90s were to be learned from the previously published textbooks!

It was the situation until 2016 when a new high school textbook was published. In the years before its publication, a series of training and seminars for a modern and critical analysis-based way of learning was held, there was an expectation that this textbook would bring major progress in this topic. However, the result was another incomplete textbook that used modern teaching methods for essential manipulation of historical processes.

Students are not introduced to crucial information, as the role of Montenegro in the war and the crimes committed on its territory were not mentioned. Besides having the goal of creating a complete picture of the events, scientific guidelines on teaching controversial events from the past include the provision of a value judgment reached by historical science, the state and the courts. The current textbook has the intention to fulfil the form, as it mentions the attack on Dubrovnik, but without explanation that it was attacked by the JNA and the establishment of any connection with Montenegro.

Something that should worry us the most is the particular choice of information, such as the selective mentions of names with the obvious intention of concealing responsibility.

Some, we should call them ‘security mechanisms’, were also used, including the vague statement that ‘the Montenegrin government did not influence Slobodan Milošević’s policy towards Croatia and Bosnia and Herzegovina’. It is probably an attempt to ‘limit the damage’ if the student comes across information about (for example) the attack on Dubrovnik and wonders what the Montenegrin leadership was doing during that period. One of the things noticeable in the textbook is the glorious representation of the anti-war and anti-nationalist movements. Still, many years of torture experienced by the members of this movement at the hands of the government, which had not changed at the time of the publication of the textbook, were omitted.

The final question of responsibility was avoided, not only for the role in the war and war crimes, but also for the destroyed economy, war traumas, and migration of a considerable number of the population. Here, as well, only the content problems are listed. We don’t have enough space to explain the errors in the methodological approach while presenting such sensitive topics.

From that moment, there was no further progress in the development of textbooks. What is visible are the many consequences of this approach to dealing with the burdensome legacy of the past.

All the warnings of educational experts, educators and the civil sector that this approach has damaging effects on the whole society did not give results.

Two years ago, Montenegrin society began to change with the abuse of a distorted and manipulated image of the past. Of course, this resulted in the current approach to the culture of memory being even worse than before 2020. Topics from the 90s have become a frequent motive for political conflicts, and professional discussions have almost disappeared. Reforms are frozen, the narrative of national endangerment is gaining momentum, and the whole situation can lead to an increase in inter-ethnic and inter-religious tension in a country that mostly managed to avoid such a scenario during the 90s.

However, there is hope, as, in the past few years, we have had an increase in the general public’s interest in the events of the 90s. In parallel, five years ago, the professional association of teachers started an extremely significant process of creating supplementary teaching materials and training for teaching on controversial topics. Most importantly, among experts and educators, there is generally a consensus and a willingness to tackle this part of the material, aware of the negative non-institutional influence.

Despite the favourable circumstances, Montenegro missed the opportunity to build an adequate system for dealing with the past based, above all, on quality textbooks, due to the lack of will of state institutions to directly and courageously influence this issue.

However, there is enough space for the bottom-up reform, from the teacher to the system.

All the conditions for this process to take place are there. It is only necessary that comprehensive social reforms, so desired by citizens, begin.

This article was written by Miloš Vukanović and Igor Radulović

About the Author: Miloš Vukanović and Igor Radulović 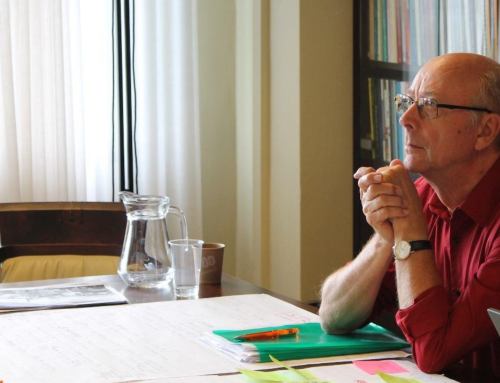