Guest Blog: What is Diversify Our Narrative?

Guest Blog: What is Diversify Our Narrative?

What is Diversify Our Narrative?

Diversify Our Narrative (DON) is a non-profit, student-run organization advoacting for anti-racist curriculum within K-12 schools across the United States. DON supports over 850 chapters led by student organizers working on the ground in their school districts to create culturally responsive curriculum and racial justice within their schools, primarily through the inclusion of anti-racist and diverse texts taught in high schools. We also utilize social media as a form of education, creating digestible infographics to explain complex social issues and raise awareness for the curriculum resources we create.

The National Curriculum and Allyship Council is a component within Diversify Our Narrative that focuses specifically on curriculum development and program development. Composed of a diverse group of students and educators, the council is committed to creating anti-racist and liberatory learning spaces throughout the country through our curriculum.

The largest resource we’ve created thus far is our anti-racist intensive workbook, a thirteen day intensive designed to teach teachers how to be active co-conspirators against the systems of oppression that exist inside and outside their  classrooms. The workbook covers seven chapters, ranging from identity and culturally responsive pedagogy to decentering whiteness in curriculum and celebrating the BIPOC (Black, Indigenous, People of Color) community.

With regard to history specifically, we have created several resources that focus on the lived experiences of underrepresented voices in history, while remaining true to American education standards. Former council member Keoni Rodriguez (they/them)[1] has created lesson plans for 11-12th graders focused on the discrepancies between the realities that exist in primary sources and their depiction in secondary sources, such as history books. They sought to dismantle the common assumption that history – and the textbooks students read during their time in school – are always an objective truth of past events, rather, that it is often influenced by biases and generalizations established by genre. By learning about the differences between primary and secondary sources at an earlier age, educators can teach students to understand how microhistory fits within larger contexts of history.

Although this lesson plan only examines two specific sources, it can be adapted to show the prevalence of Eurocentrism among secondary sources and encourage discussions surrounding historiography in order to dismantle the systems of privilege that exist in pedagogy. The lesson plan includes discussion questions, and an accompanying interactive presentation that would simulate primary/secondary source development in a palatable format. 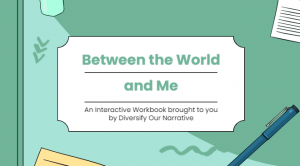 Our most recent history focused lesson plans serve a similar purpose. Human Impacts of World War II, created by council member Carlene Sanchez, recognizes the effects of the war on vulnerable and disadvantaged communities and how the roots of colonialism, racism, and white supremacy played a role in the war.

Our Goals as Changemakers

In 2019, the Uniform Crime Reporting program of the Federal Bureau of Investigation found that there were a total of 8,812 reported victims of hate crimes in the U.S. that year. Within this staggering statistic, over half of the victims were targeted solely for their race or perceived ethnicity. With modern, worldwide, institutions being built from the ghosts of the Transatlantic slave trade, displacement of Indigenous Peoples, and interests of white colonizers, it is no surprise that institutional racism remains a pervasive force today. The need for movements like Black Lives Matter to bring recognition to racial inequity reflects a world that has been poisoned by white supremacy and racism in all walks of life. This starts in the classroom, as prejudice is a learned behavior. Texts that are centered around whiteness as the norm or promote white saviorhood perpetuate a dangerous complacency in students who do not see diverse perspectives validated in their educations. As conceptualized in the Pyramid of White Supremacy, eurocentric curriculum plays an integral part of larger systems of oppression by denying the immense harm white supremacy has wrought on communities of color and the important stories of BIPOC resistance against this. Therefore, dismantling these false narratives is vital towards creating liberation for communities of color and other folks harmed by white supremacy. By introducing media about the experiences of BIPOC folks (Black, Indigenous, People of Color), having discussions about race in the classroom, and advocating for more equitable school structures that end the school to prison pipeline, DON aims to disrupt white supremacy and racism in schools. We hope that by experiencing diverse perspectives and questioning the norm, students will be enabled to act as agents of change in their communities and in adulthood.

Why our work is necessary

In order to build a world where individuals can coexist and care for each other regardless of race, gender, religion, sexuality, etc., we must first do the work to build understanding. Without holding empathy for those around us, we cannot achieve an equitable global community. Anti-racist education teaches individuals how to be intentional activists, how to unlearn ingrained biases, and how to recognize injustice when it occurs. This is different from simply telling students to not be racist because being an anti-racist is an active effort that recognizes that racism is penetrative and deeply rooted. Anti-racism focuses on identifying and undoing oppressive structures in our society, and it aims to build understanding between people of all backgrounds. Diverse educational resources, anti-racist curricula, and culturally-responsive pedagogy are essential to educating both students and teachers on how to be active anti-racists – tackling institutional injustice in the classroom itself. Through education, Diversify Our Narrative encourages students to be agents of change so that we can become a global community that is not only hyper-aware of discriminatory entities, but also actively works to fight against them. 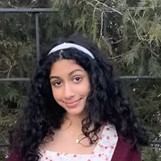 Morgan Yen (she/her/hers) – Morgan Yen is a junior at UC San Diego majoring in Political Science: International Relations with a double minor in Business and Chinese Studies. As Co-Chair of Diversify Our Narrative’s National Curriculum and Allyship Council, she hopes to promote the placement of human rights at the core of teaching.

[1]In this post, we use the self–reported gender pronouns Keoni provided, including the gender–neutral pronouns “they/them.” For more information, see the UW–Madison LGBT Campus Center guide to pronouns (https://students.wisc.edu/lgbt/wp-content/uploads/sites/8/2016/07/LGBTCC-Gender-pronoun-guide.pdf).

About the Author: Diversify Our Narrative