“War or Peace: Crossroads of History” is the full name of the festival that was organized in Berlin by the Bundeszentrale für politische Bildung (BPB), and took place from Wednesday 17 October to Sunday 21 October 2018. Approximately 350 young people, aged between 18 and 30 years old, came together in 20 different workshops over the course of three days to learn and exchange ideas about notions of peace and democracy, in light of the centenary of the end of the First World War. In the words of the president of the BPB Thomas Krüger: “Learning about history might not give us answers to all of today’s challenges. But engaging with it can help us to understand each other’s narratives, fears and hopes in order to find common solutions.”

The morning of the first workshop day was reserved for introductions and briefing. During the introductions, it became clear that the group of nineteen young academics was diverse and very lively. In the warm-up activity that Bob Stradling and Ute Ackermann had prepared, the group was asked to draw borders on an ethnic map of Central-Eastern Europe where they thought there should be borders after the First World War. New confederations were drawn up, keeping in mind several criteria such as language, ethnicity, (a common) history, but also the level of militaristic power for self-defence, and possible claims to the territory were thought about. Then, participants received another map, showing how the borders were actually drawn, and they were asked to compare it to the borders they drew themselves. Interesting perspectives and ideas about self-determination arose – from Namibia and South Africa to Syria, the Balkans, and Turkey from a Kurdish perspective. 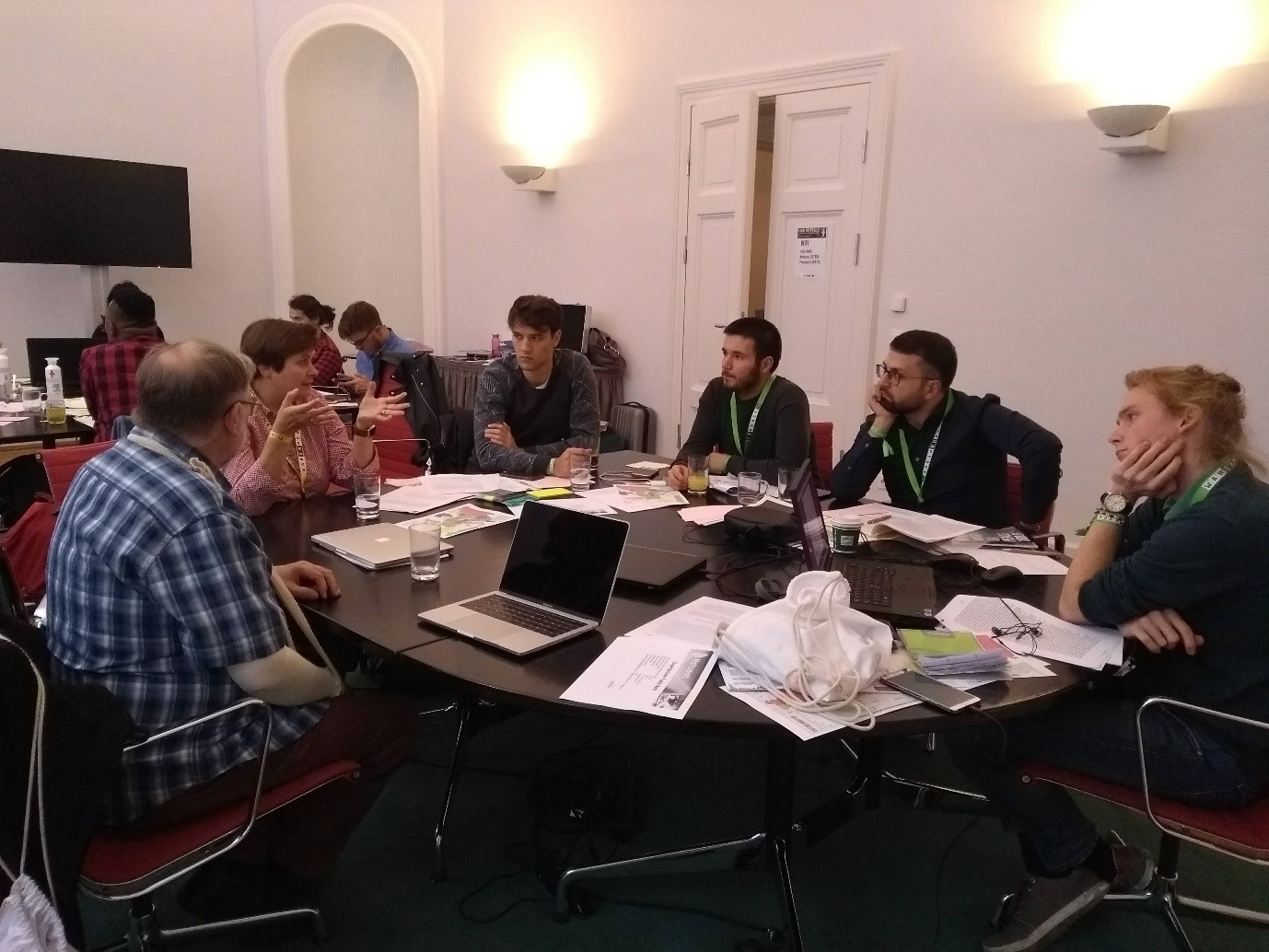 After lunch, the participants sat down in their respective groups, and worked on their case-studies. They could choose between the cases of Cyprus, the Middle East, Czechoslovakia, the Kurds, and Poland. In each of these cases, the concept of self-determination comes to the fore in a different manner. Sources were divided and the rooms were quiet, apart from the regular sound of paper being turned, and sighs of concentration. After reading and discussing about the case-studies within their groups, participants reviewed the case-studies in light of four over-arching questions: 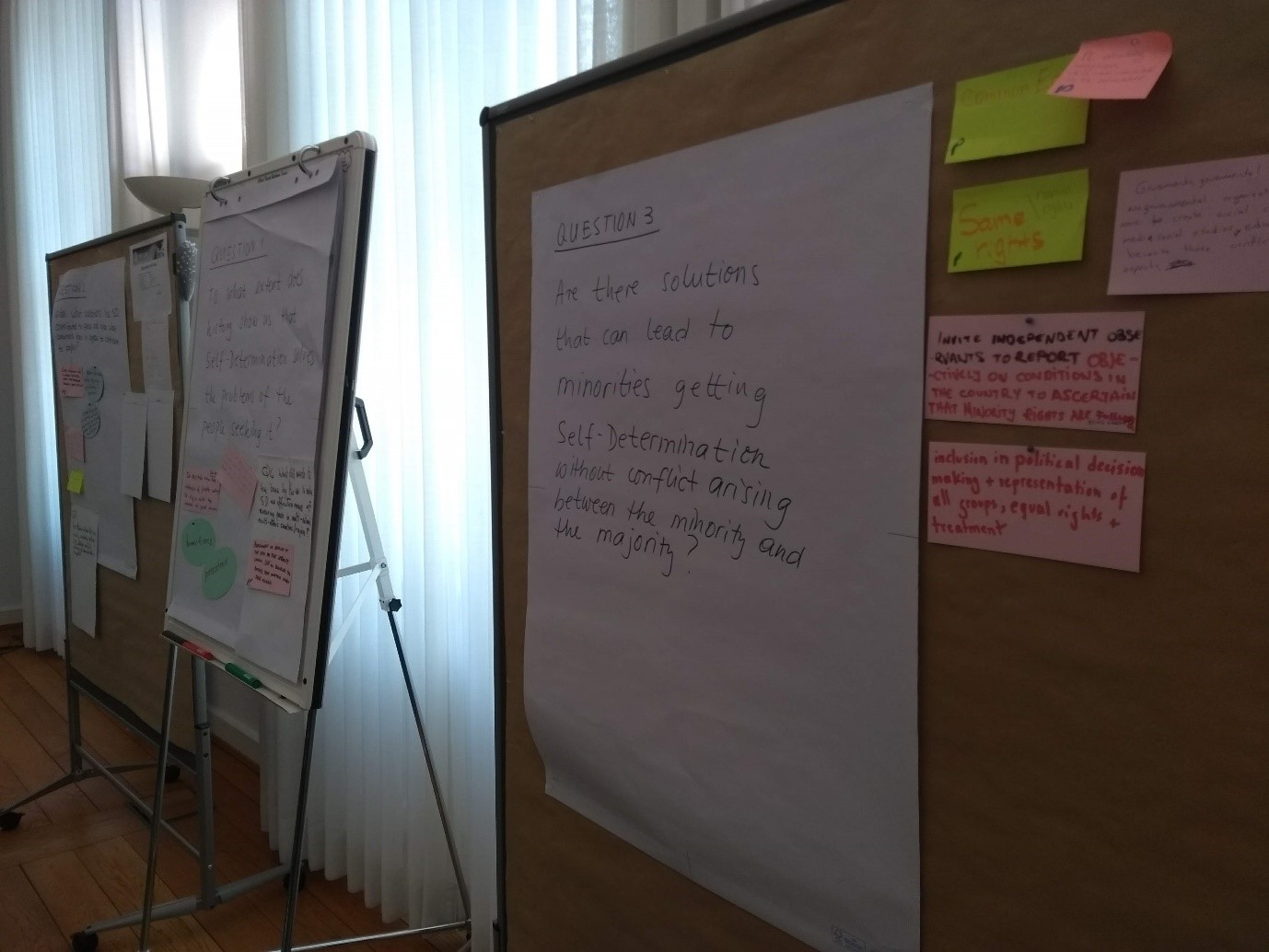 The second day of workshops, Friday, started with a plenary wrap up of what the groups discussed. Conclusions on the focus on these first case-studies showed that the concept of self-determination has many dimensions and plays out very differently depending on the context. It can lead to a peaceful separation, but also to decades of struggle, and even violent conflict. Moreover, to identify the actors in the decision on self-determination proved to be insightful and sheds light on the fact that self-determination is not always the only issue at stake.

After the plenary discussion, the participants chose their second case-studies, on which they worked throughout the morning. In the afternoon, no workshops were planned, which allowed participants to take part in one of the many side activities the organisers had planned, and to meet other international participants outside of the selected workshop. The programme included interactive and creative parts, performances, lectures, and discussions.

The morning of the last day was dedicated to finalizing second case-study in order for the participants to be able to compare and contrast with the first case-study they had analysed. Participants realized that some cases proved to be more difficult than others, and terms such as concessions, consistency, and institutional reform were named as concepts that could push in the right direction for reaching agreements. 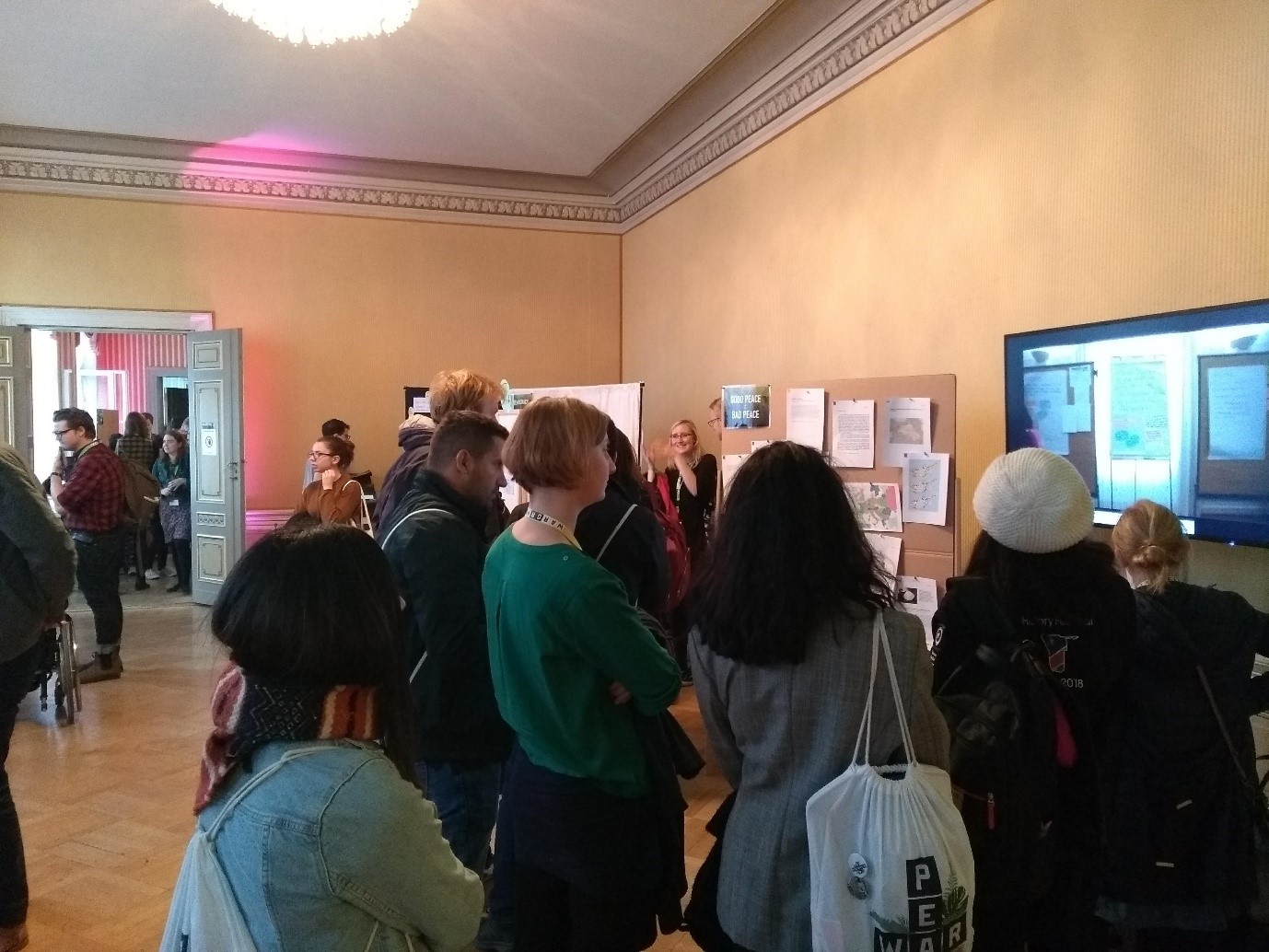 The Saturday afternoon was reserved for an exhibition of the outcomes of the workshops in the Palais am Festungsgraben, next to the Gorki Theatre. All twenty workshops had a spot throughout the Palais in which they were able to show to other participants what was done in their workshop, and what they had learned. In order to prepare for this, our participants worked on creating a video consisting of different components. Questions such as what does self-determination mean for you, and how to reform institutions to become more effective in dealing with these issues are addressed in this video.

Overall, the workshop proved to be very successful, as participants were engaged with the material and tackled the production of the video together. Their different backgrounds provided an interesting exchange of knowledge and ideas.

Text and photos by Agatha Oostenbrug