We had the opportunity to meet and discuss with many historians from around the world and a lot of familiar faces and EuroClio friends. The House of European History in Brussels and a lot of museums across Europe were well represented by curators and historians sharing their views, concerns and thoughts on the narrative, the aims and the educational methodology and means of a museum. The United States and Canada had the most presentations as well as a lot of prominent public historians – naturally as Public History prominently comes from these areas. New publications, new proposals on museums, research projects, digital and oral history, education and a lot of theoretical discussion on the field were among the interesting moments of the conference.

We spread the news on the successful San Sebastian Conference and the next Marseilles Conference celebrating the 25thanniversary of our association, whilst raising the possibility of working together on something related to Mediterranean Dialogues in the area next year.

We presented our thoughts in theoretical issues related to Public History and some small scale research on attitudes and the limitations of history teachers, based a) on the international EuroClio Facebook group discussion on the case of a history teacher fired in USA after comparing the recently elected president Donald Trump to Hitler and b) a questionnaire and interviews with history teachers in Messinia, South Peloponnese, Greece on how they deal with clashes among pupils on the topic of Golden Dawn’s trial and radicalisaton within classrooms.

The general conclusion reached during our presentation and discussion panel include: public historians and the peculiar kind of public historian that teachers are, should collaborate to build up a quality history education (a thought echoed in EuroClio’s Manifesto). 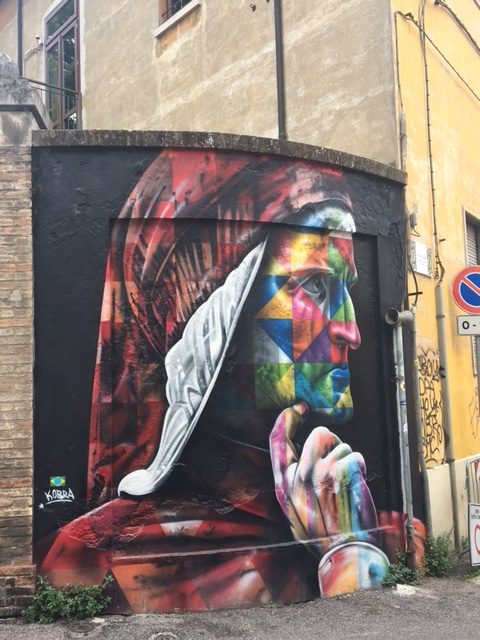 It was interesting and refreshing to visit the beautiful byzantine-medieval city of Bolognia with its stunning monuments, temples and mausoleums, its fine mosaics and the Ravenna Festival dedicated to Dante’s ”Inferno”, as here he spent his last years, guest of the noble Guido Novello.