Croatia can do better!

Croatia can do better!

On Wednesday, June 1, at 18:00pm, citizens of Croatia will participate in demonstrations under the slogan Croatia can do better! The demonstrations will be simultaneously held in 13 towns in Croatia as well as in London, Budapest, Shanghai, Paris & Brussels (more towns are getting organized).

WHY?
For the past 16 months, the Comprehensive Curricular Reform has been under way in Croatia based on the National Strategy on Science and Education passed in Croatian Parliament in October 2014.

In line with National Strategy, Comprehensive Curricular Reform aims at  developing basic competencies for lifelong learning, increasing the level of functional literacy of pupils and students, definition of learning outcomes (also the ones thatdevelop attitudes, skills, responsibility, creativity, innovation and critical thinking), greater autonomy of teachers in choice of teaching content and methods with a strong focus on participative and active methods of learning.

Built on these foundations, the process of Comprehensive Curricular Reform was led by the Expert Working Group (EWG) and was organized in the most participative, transparent and democratic way (involving over 52 working groups and 500 teachers and other experts) with EWG consulting all stakeholders and insisting on Education as a public good and of national interest, above all political and individual interests. The newly elected government gave it only nominal support when it came to power in January 2016, and attempted to obstruct and manipulate the process. Namely, the Parliamentary Committee on Education has decided (decision of the Parliamentary Committee has been reached without participation of opposition representatives, as the session’s agenda has been changed, without informing all members of the Committee ) to expand the Expert Working Group – consisting of 7 persons whose task is to co-ordinate – by expanding it with additional 10 persons for specific subjects. The expert working group requested from the Minister to support the process fully by: rejecting the Parliamentary Education Committee decision; covering the material costs (not fees) owed to members of different working groups and clearly stating the time plan for piloting the reform. As the Minister did not respond the EWG requested the Minister to dismiss them from the appointment.

The public outcry following this event motivated the civil society scene, unions and general public to rally in the campaign “Croatia can do better” and to organize the demonstrations as support to the Croatian Comprehensive Curricular Reform and send the message that education is the priority of the society.

On June 1st Croatia has a chance to prove that participation is the only way to true democracy.

All Croatian EuroClio member associations, institutions and individuals – Croatian History Teachers Association, Association for Education and Promotion of Human Rights, University of Split, Documenta – Center for dealing with the Past and EuroClio ambassadors in Croatia Kiti Jurica Korda and Denis Detling strongly support the campaign, our members and colleagues working in the expert and working groups. We are proud of you.

Together we can do better! 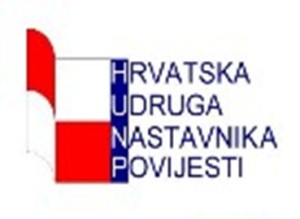